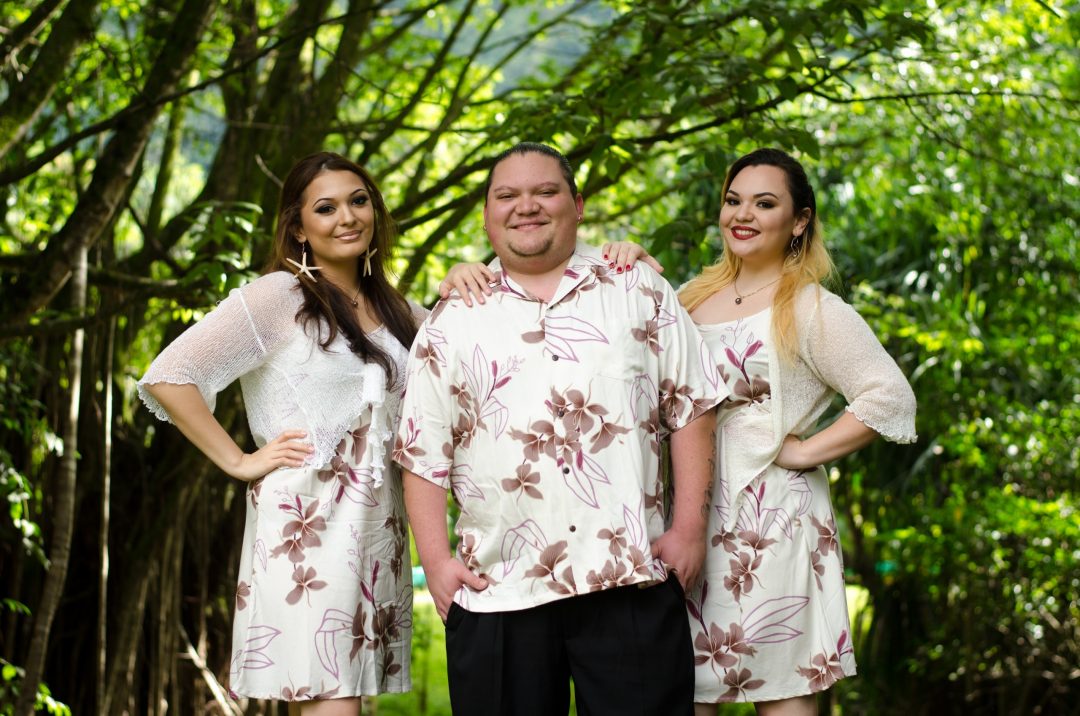 The DeLima Ohana is Kalenaku DeLima, Kapena DeLima, and Leolani “Lilo” Tuala. The trio are members of the band Kapena and are the children of Kapena’s founder, Kelly Boy DeLima. In 2017, the group Kapena released their first full length family album titled “Palena ‘Ole”. That release earned the band four Na Hoku Hanohano Awards including Album Of The Year and Group Of The Year.

Since 2006, Kalenaku DeLima has been the keyboardist and vocalist in the group Kapena. She has held the lead female vocalist role in the Disney Aulani’s nighttime show called the “Aulani Starlit Hui” since the opening of the hotel in 2011 and now performs nightly in the new Disney Luau show called “Ka Wa’a. Kalenaku released her first Island Reggae single entitled, “Hideaway” in 2010 and with that release she earned her first Na Hoku Hanohano award nomination.

Beginning as Kapena’s keyboardist at only 11 years old, Kapena DeLima has been a member of the group for over 15 years. He is now the group’s drummer and musical director. In 2013, he won his first Na Hoku Hanohano award for “Engineer of the Year”. The following year, Kapena took home his second Na Hoku Hanohano award for “Contemporary Album of the Year” for his first solo CD titled “Cast Your Cares”.

Well known for being one of the only regular gigging female bassists in Hawaii, Leolani “Lilo” Tuala has been with the group Kapena since 2009. Her first single, titled “I Am A Queen” got her a Na Hoku Hanohano award nomination and earned her the top spots on Hawaii’s Island Reggae radio stations for months.

The outdoor event takes place from 6-7:30 pm at the Baldwin Home Lawn, located at the corner of Dickenson and Front Streets. There is limited seating on a first come, first served basis; low beach chairs and mats are welcome.

Paid parking is available in the lot behind the Baldwin Home.

Now in its 11th year, the Hawaiian Music Series is presented by the Lahaina Restoration Foundation and is sponsored by the Hawaii Tourism Authority and Outlets of Maui.

For more information, contact  the LRF office at 808-661-3262, or visit www.lahainarestoration.org